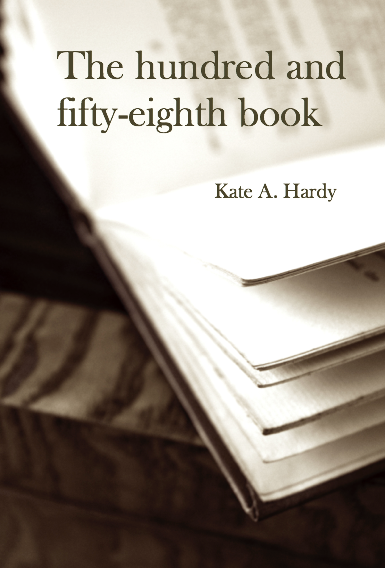 Set in London in 1985, this is the tale of Hamish Harris and his changes in fortune following the discovery of an intriguing book.

At the beginning of chapter 1, the reader is introduced to Hamish, a failed poet and second-hand bookshop owner, heading towards a cliff-edge of debt, divorce and depression.

While putting off phoning the bank, waiting for the nearby café to open and absentmindedly counting books, he discovers a never-before-seen tome: red leather with the gold calligraphy title, ‘Five’. As Hamish reads he finds his life rocketing into chaos and excitement as it begins to mirror that of Five’s protagonist, Mr Bolton.

More of this book…

“Kate transports us, once again, into an intimate and quirky world, of the mind, but also filled with piercing physical details, whether these be poignant period references or seductive descriptions of, er… seduction!
Hamish, the awkward, prickly, but utterly endearing and reluctant bookseller, is a well-drawn character, whose wild, story helps us to empathise deeply.  The premise of the storyline is brilliant – just the right side of fantasy, but imbued with the unexpected at every turn.  It is impossible not to want to turn the page.
The complexity of the plot and the links between characters makes for much fun, and a very pleasant “need” to keep up with what is going on.   the end, you will find yourself wanting more, and it is to be hoped that Ms Hardy will give us just that sometime in the near future!”
Claire Lyell