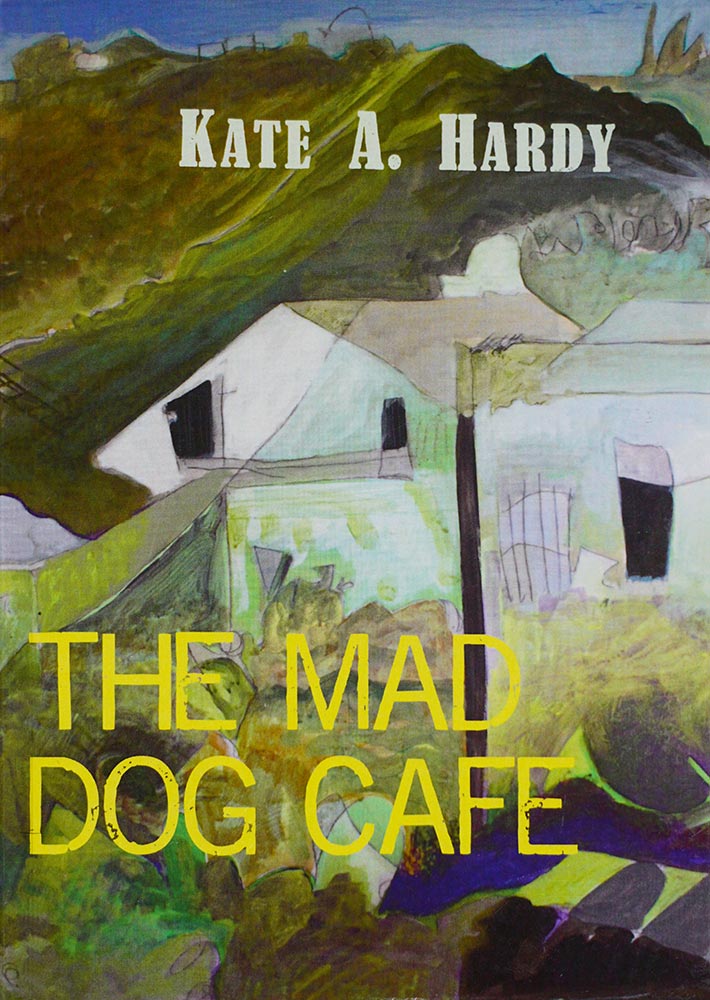 The Mad Dog Café welcomes you for lunch, dinner, and live music on Friday and Saturday nights. Rustic lodging is also available for those who wish to over-indulge.

Three of the original characters from Going out in the Midday Sun have now combined their talents to open the Mad Dog Café on the Southern French coast.

Joined by new staff, friends, lovers and family they pit their wits against bureaucracy, increasingly bizarre weather and life-changing surprises to make their venture a success.

Several months after the opening of their restaurant, the team learns that the Mad Dog Café is built on sacred ground, and will become a place of pilgrimage when the time of The End of the World takes place – 21.12.2013.

The heralded date of The End arrives with a world press onslaught, and passes with nothing but a few hangovers. But it seems as if the date may have been wrong . . .

Set in France, with forays into London, Scotland and Las Vegas, the Mad Dog Café is the third part of a trilogy spanning twenty years in which the heroes are challenged with the everyday: the joys and dramas of their new venture as well as stalkers, near death experiences, and quite possibly, the end of the world.

I’d just read a rather dreary saga – I can’t now remember what – and at the end thought ‘Mm, I wonder what it would be like to write an actual novel’. I’d written a lot of childern’s stories, including ‘Alfi Beasti, Don’t Eat That!’ (published in 2004) but hadn’t thought about writing for adults. A few days later, during a swim – often a good idea-sparking activity – the idea of ‘Going Out’ occurred to me. I got out, started writing and continued for three years until the trilogy was complete. When I glance at the writing now, I know I would do it very differently but I am happy for the books to be out there and know from much feedback that they are appreciated. Perhaps if I (when!) I succeed in getting traditionally published, I might consider a re-write for the trilogy. Might.

More of this book…

Praise for ‘The Mad Dog Cafe’

Once again Kate Hardy has displayed her fertile creative writing skills. The characters from her previous two novels are here again and we follow their endeavours to bring the ‘Mad Dog Cafe’ to its deserved fruition, their personal life struggles are exposed for us all to share.
Kate Hardy holds nothing back.
We savour the French countryside, its people, and the quirks of relocating from Britain to the south of France. There are heartaches and joys a-plenty. There were moments when this reader felt there were several writing genres and story lines in progress at the same time and this broke up an otherwise smooth rhythm to the book. However, this surely shows what a rich coup this book would be for any screen director or film maker to get their hands on

Biggles
I really loved the first two books of the trilogy so approached this final volume eagerly and Kate Hardy did not let me down.
The characters have become old friends and it was fascinating to see them grow in complexity and maturity.
Kate Hardy has a sure and fluent narrative style and can create vivid visual pictures a well as evoking atmosphere.
It came as no surprise to learn that she is an artist.Her observation of detail is acute.
It is not only her characters that have developed.Ms Hardy now writes with skill,humour and compassion
My only disappointment is that there is no further book
Paysanne